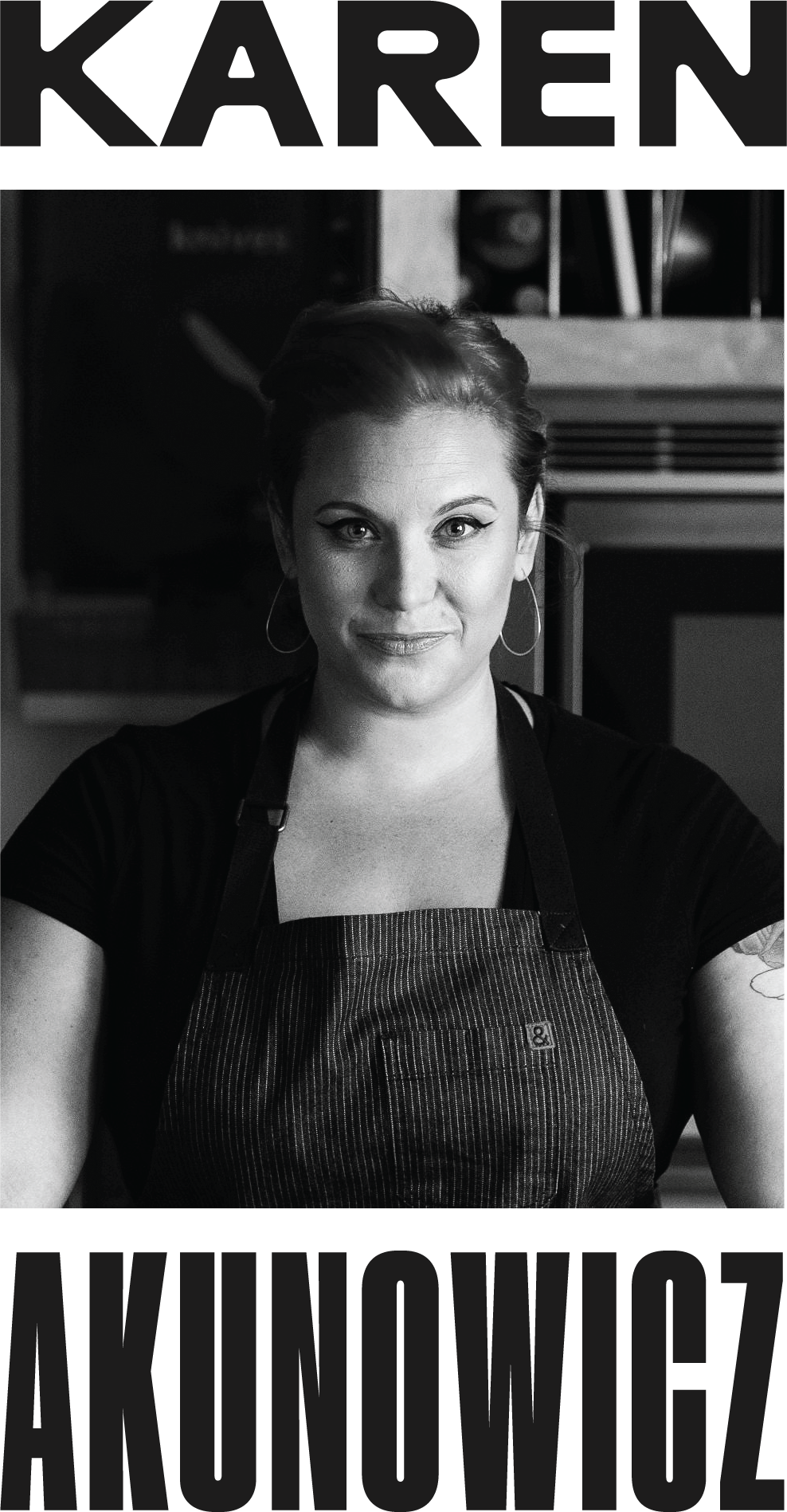 Chef Karen Akunowicz is the 2018 James Beard Foundation Award winner for Best Chef: Northeast and the 2020 James Beard Award finalist for Best New Restaurant in America. She is the Chef/Owner of Fox & the Knife Enoteca in South Boston, Fox Pasta Co. and Bar Volpe Ristorante & Pastificio. Chef Karen has been touted “Boston’s Queen of Pasta” Her first restaurant Fox & the knife called an “Instant Classic” by Food & Wine Magazine.

Chef Akunowicz became a fan favorite when she competed on Bravo’s Emmy-nominated show, “Top Chef” season 13 as well as season 17 “All Stars”. She has appeared as a judge on Top Chef Season 16 and Top Chef Canada. Named one of the “21 Badass Women Changing the Food World” by Marie Claire Magazine, she is the Co-Author of the cookbook: Myers+Chang at Home (Houghton Mifflin; 2017).

She has been profiled on CBS Saturday Morning’s “The Dish”, “The Today Show” “The Kelly Clarkson Show”, “Pickler and Ben” and Hallmark’s “Home & Family”. She has been featured in commercials for Orbitz, Martini and Rossi and Zepher Design. Akunowicz has also been in national publications such as The New York Times, Entrepreneur Magazine, People Magazine, Bon Appetit, Food & Wine, Forbes and Wall Street Journal Magazine.

In 2019 Chef Karen opened Fox & the Knife, inspired by her time spent living and cooking in Modena, Italy. Fox & the Knife is a casual and contemporary homage to the food, wine, culture and spirit of that city, all presented with a warm welcome in a high energy atmosphere. Fox & the Knife menu highlights Akunowicz’s flair for the soul-satisfying, graceful Italian food that she honed while working in Italy as a pasta maker and Chef of L’Avian Blu Enoteca. At Fox & the Knife, the bold flavors of exceptional ingredients are expressed through both traditional and modern techniques to introduce new versions of beloved classics.

In 2020 Chef Akunowicz created a fresh pasta retail business called Fox Pasta Company that now ships sauces and her handmade pasta Nationwide and is carried in specialty shops in Boston and New York. Her second restaurant “Bar Volpe” opened in 2021 is a restaurant and pastificio (pasta shop) focused on wood-fired Southern Italian cuisine. With a glass encased pasta room in the middle of the dining room and a stunning market and wine bar capping off the sprawling space, Bar Volpe continues the conversation Chef Karen has started about Italian cuisine and culture at Fox & the Knife.

Karen’s second cookbook “Crave: Bold Recipes That Make You Want Seconds” will be published by Norton in the fall of 2023.