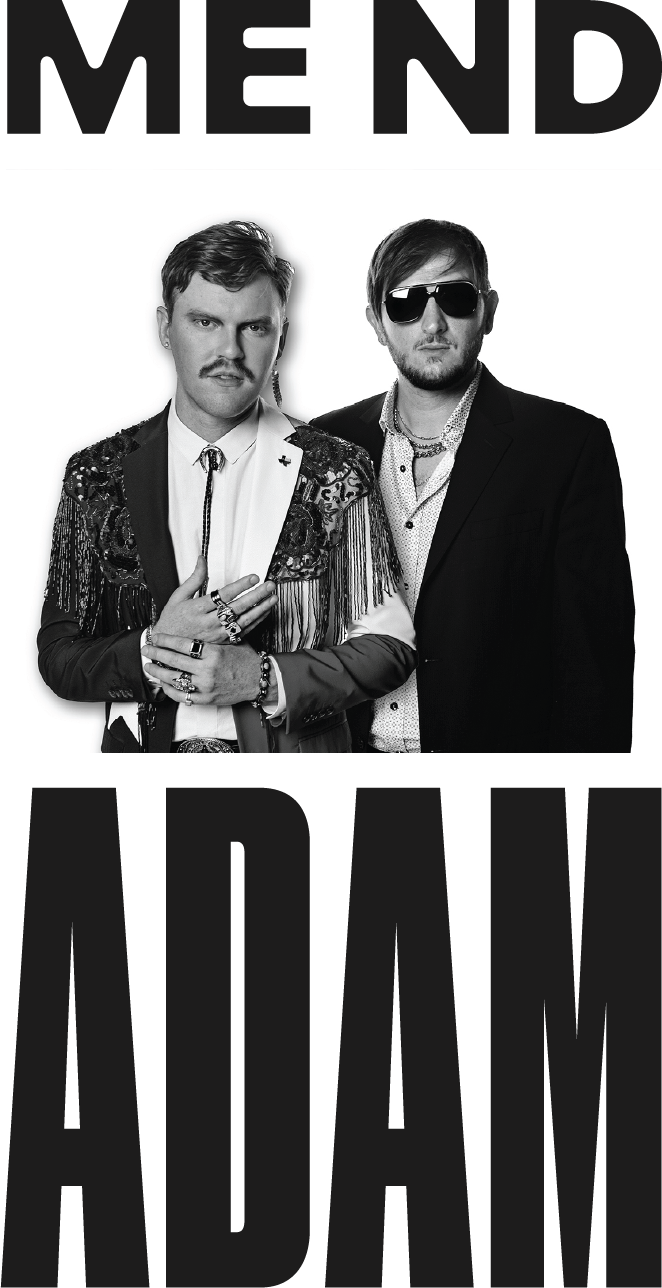 Me Nd Adam is an Austin, Texas-based indie electro-Americana duo featuring vocalist Adam Walker and producer Vince Winik. Following the success of their 2020 debut album, American Drip, Pt. 1, on Handwritten Records, the band has been tearing through the ATX music scene with sold-out headline performances at The Continental Club, Stubb’s Indoors, Mohawk Indoors and Far Out Lounge. After its debut in Wonderland Magazine, the album’s first single “Heartbreak Kid” quickly garnered over a million streams on Spotify alone. The subsequent music video earned a nomination for Video of the Year at the Austin Music Video Awards. With songs featured on MTV and in stadium sports arenas, the “trashwave trailblazers” are known to their fans and followers for their accessibility on social media, their merch giveaways, their rambunctious behavior and, most importantly, their unique vibe — recalling classic American songwriters like Tom Petty and Bruce Springsteen with a twist of pop production à la Marshmello and Louis Bell. The duo followed up their Official SXSW debut with Deadbeat Mixtape in April 2022 and upcoming plays at Austin City Limits Festival, Float Festival and more. As the self-dubbed “Trashcan Cowbois” like to say, Giddy Up or Giddy Out!