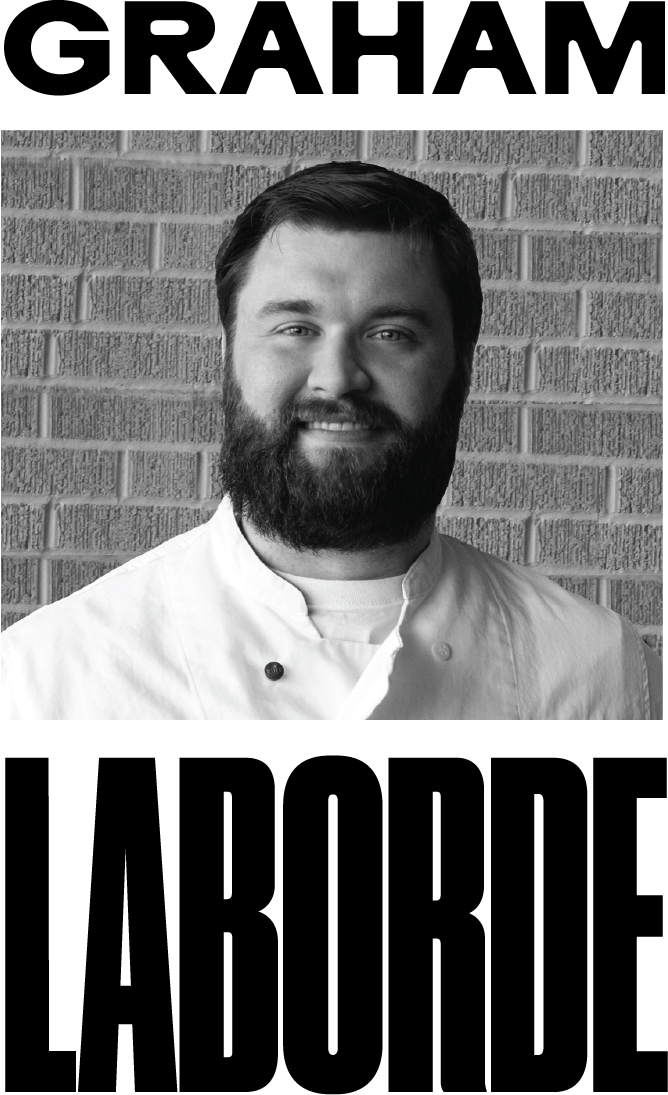 Chef Graham Laborde was born and raised in Lafayette, LA. His family has played an integral role in his culinary development from the beginning. From the first time he heard his grandmother speak the words, “If you’re not going to help, get out of the kitchen,” he knew where he belonged. He was initially exposed to two approaches to food. From his mother he learned technique, entertaining, and an eye for fine dining. His grandmother, the matriarch of a large family, was a master of kitchen production who never turned away another guest. Graham has found success in both worlds.

Graham came up cooking and managing kitchens in New Orleans at Commander’s Palace, Stella, and Boucherie (New Orleans, LA). He toured Houston in early 2010 and was immediately captivated by the developing food scene.  He eventually opened Bernadine’s, a contemporary Southern restaurant named for his grandmother.  Bernadine’s was named a top 10 restaurant by Houston Chronicle food critic Alison Cook in it’s first year.

Graham then rounded out his culinary career as Operations Manager for Killen’s.  That’s where he found his calling. He was able to see all sides of the restaurant puzzle while helping to cultivate the Killen’s brand.

Emerging from Covid, he and partners Benjy Mason of Johnny’s Gold Brick and Christopher Roy of (Killen’s, Bernadine’s) joined to create Winnie’s.  Winnie’s, a midtown bar concept, specializes in fancy sandwiches and craft cocktails with a southern flair.  In it’s first few months Winnie’s has achieved remarkable critical acclaim.  Laborde looks excitedly to the future as the team continues to learn and grow.